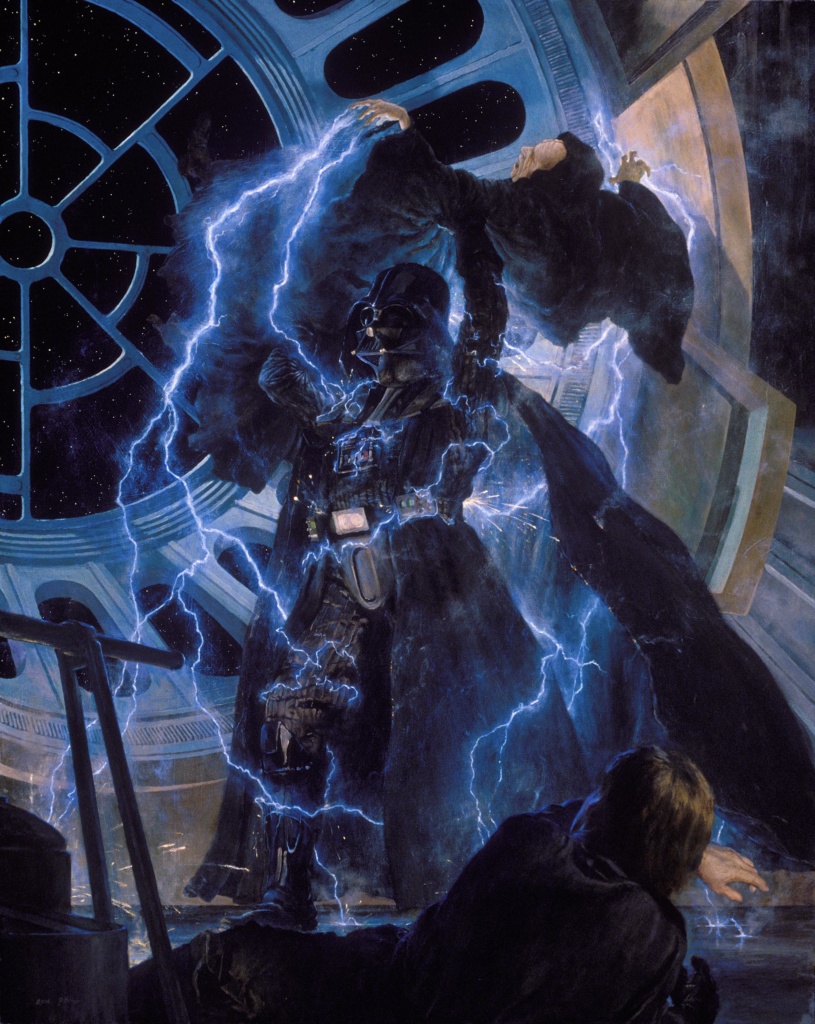 This painting was used as a poster to commemorate the 30th anniversary of the Star Wars saga.

Here below is how Lucasfilm chose to describe the image:

Appropriately titled “Redemption,” Brosio captures the moment Darth Vader discovers his compassion as a father and duty as a Jedi, fulfilling the prophecy as the one who will restore balance to the Force. This emotionally-charged scene is perfectly suited to Brosio’s style, an artist who specializes in capturing the blasting tornados and windstorms that frequent the gentle plains of the Midwest.

Reduced from a larger-than-life painting that stands over five feet tall, Brosio’s “Redemption” is now available as a 27×34-inch poster exclusively at StarWarsShop. The piece is limited to 1,500 posters worldwide. It made its debut at Celebration IV in Los Angeles. 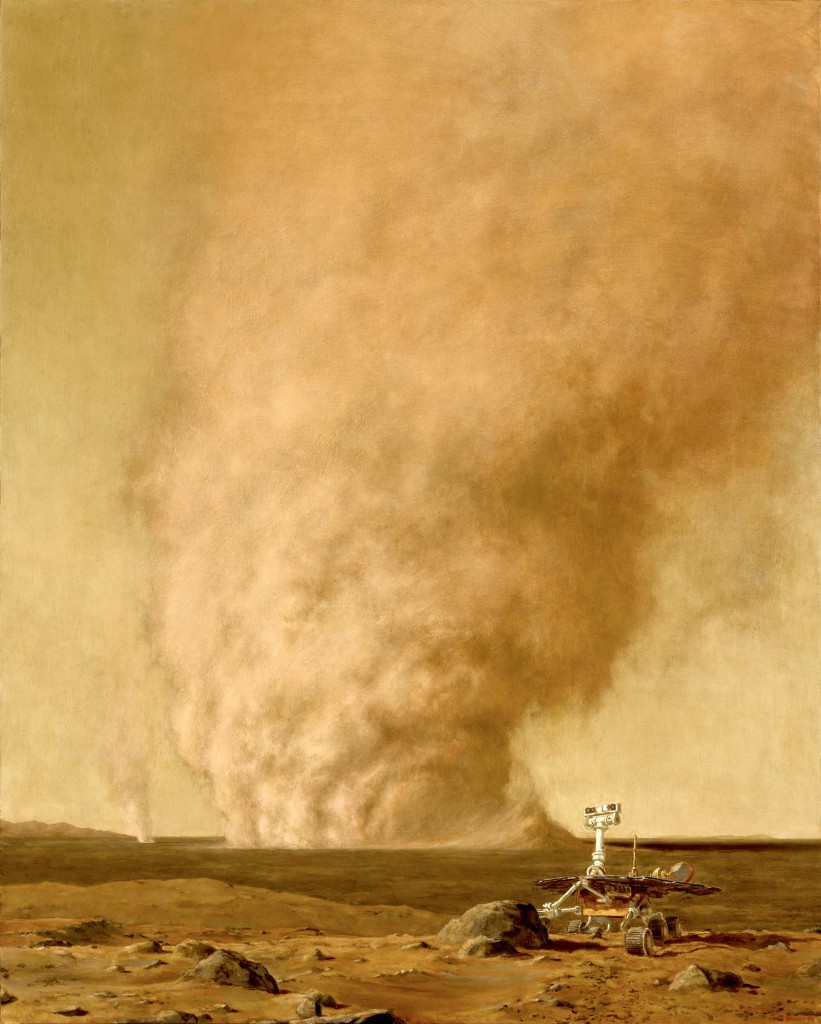 This painting was commissioned in 2005 by Dr. Stephen Fuersteneau of JPL / NASA in conjunction with his research into Martian dustdevils, their generation, and their potential impact on future missions to the Red Planet.

Martian dustdevils can reach the size of Earth tornadoes.  While the circulating winds are not as strong, the larger Martian dustdevils measure more than half a mile across at the base and extend several miles into the sky.

We see not only one such dustdevil here but one of the wildly successful Martian rovers as well, “Spirit” in this case, as it examines a foreground rock. 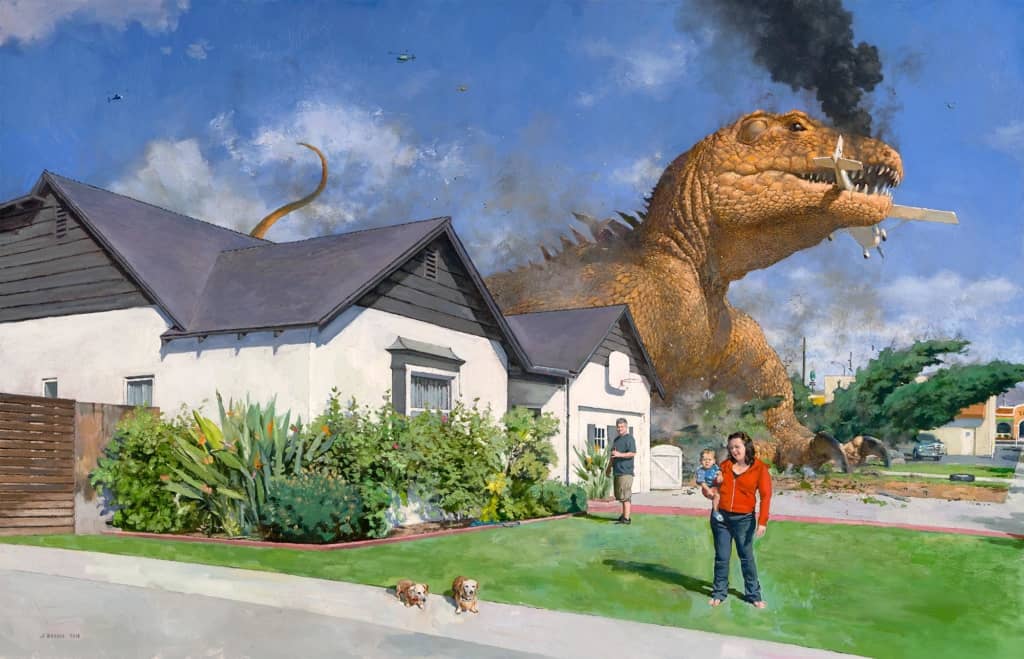 I was contacted through my gallery by a family who had taken quite a liking to my monstrous motifs. They wanted a portrait of not only everyone depicted, of course, but their two dogs, one of which was already deceased, and strict attention paid to the details of their home. Beyond that, we quickly agreed too on a creature that spoke very closely to something one might find in a Ray Harryhausen film.